Mips helmets are characterized by the addition of an intermediate layer, between the head and the outer shell, whose movement is slightly independent of the latter. The shell and the inner lining are linked by flexible elastomer fasteners.

The principle of MIPS technology is to mimic the role of cerebrospinal fluid in which "floats" our brain. During a shock, the MIPS system will absorb the energy of the impact. The rotational forces will be better dissipated and the brain will not hit against the cranial box thus being better protected against oblique impacts.

Conventional helmets are tested by dropping the helmet upright on a flat surface. MIPS helmets are designed to cope with the actual conditions of an accident, with oblique impacts to the head. MIPS offers better protection against oblique impacts.

MIPS was invented by a Swedish team of brain specialists who sought to design a reliable safety system that does not interfere with the comfort, weight or aerodynamics of the helmets, and which in no way precludes its good ventilation, all elements that allow it to go almost unnoticed.

Where a "standard" helmet protects the skull against fractures and trauma, the MIPS device protects its contents (your brain) better.

3 / Which helmet models are equipped with MIPS at Cycles et Sports ?

You'll find MIPS technology at several manufacturers like Specialized, Scott, Mavic, Giro, Bontrager, Bell and Lazer. A helmet with MIPS is a bit more expensive than a helmet without MIPS.

Do you need help? Go to see our FAQ section. 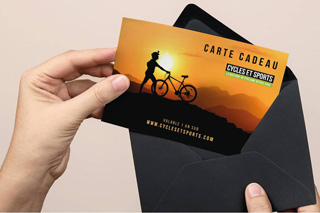 huston we have a problem